Here at DD Hammocks we believe that spending time outdoors is really important to a young person's development. This is why we are so proud to supply Scout groups across the world with our range of camping hammocks, tarps and accessories.

One such group is The 89th Bremore Scouts from Ireland, who have been having some awesome adventures in their new hammocks! We caught up with leader Brendan Dempsey to discuss the move away from traditional tents, and the benefits of hanging out in the trees.

We, The 89th Bremore Scouts, are based just north of Dublin, in a coastal town called Balbriggan. We have just started our 5th year and are going from strength to strength, with over 120 members aged 6 to 17.

Our relationship with DD Hammocks began in June 2015 when I decided that I liked the look of hammocking and decided to try it out. It looked like a bit of fun (or 'craic' as we say here in Ireland!)

I went for a DD Frontline Hammock, which I brought on a weekend camp, to practice hanging it and the tarp that I had bought with it. 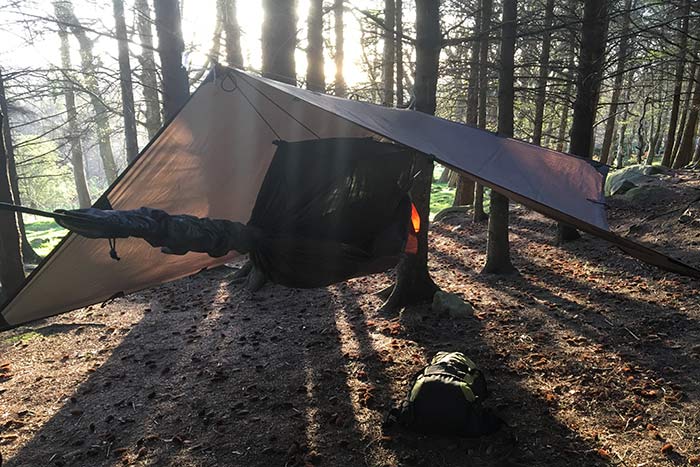 Hanging out in the DD Frontline Hammock, just for the 'craic'.

Some of the Scouts were interested - so when a Scouter from a nearby group asked if we wanted to borrow their hammocks to bring on our summer camp, I leapt at the chance!

Then, over the colder months, some Scouters went on backwoods training weekends. It was snowing hard, but I was still very warm and cosy in my hammock - which convinced other Scouters to get their own! By the time summer camp rolled around again, sleeping in tents was a distant memory. 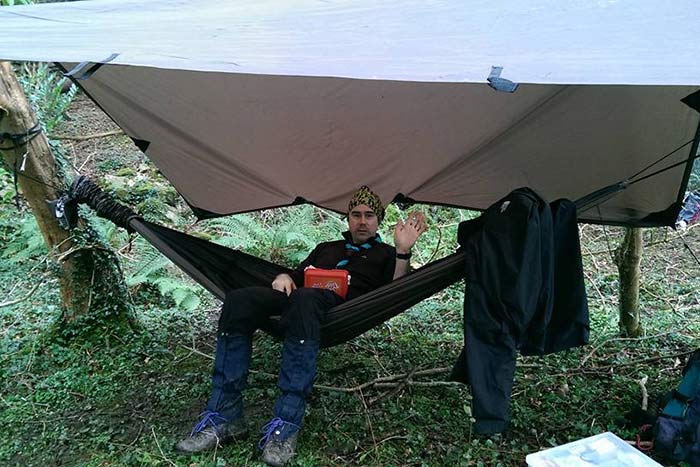 See you later, tents - it's hammocks all the way now!

Last year, as part of a grant allocation, we bought a mixture of the DD Scout Hammock and the DD Camping Hammock. We found that they were perfect for the Scouts, with the older ones using the slightly larger sized DD Camping Hammock.

They are so simple and fun to use as part of a camp or activity where you might be hanging out in the woods for a bit! 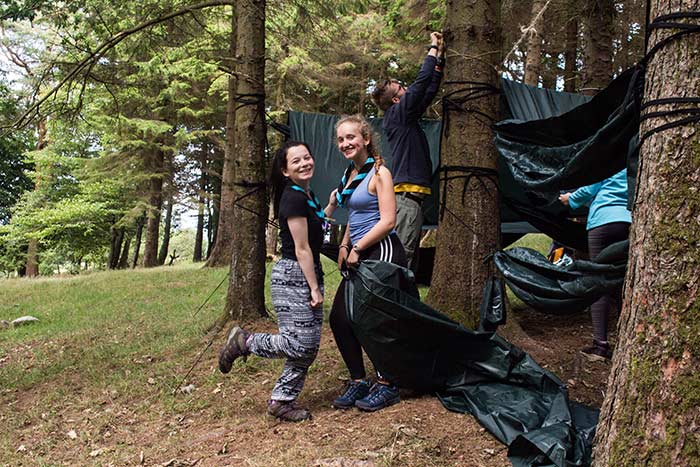 Now, it has become a tradition that the Scouts spend the last night of summer camp in hammocks. This allows them to chat a bit more and have fun in a group whilst they all literally hang together. It’s far more sociable than being in tents by themselves! 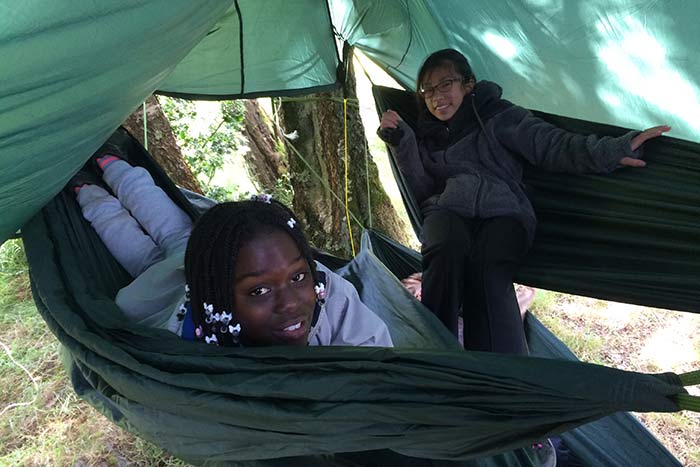 Twice as fun and sociable!

In August of this year our Venture Section, aged 16-17, held their first lone camp. They decided to hammock camp in order to keep it simple and light-weight. Click here to read our blog entry about the camp! 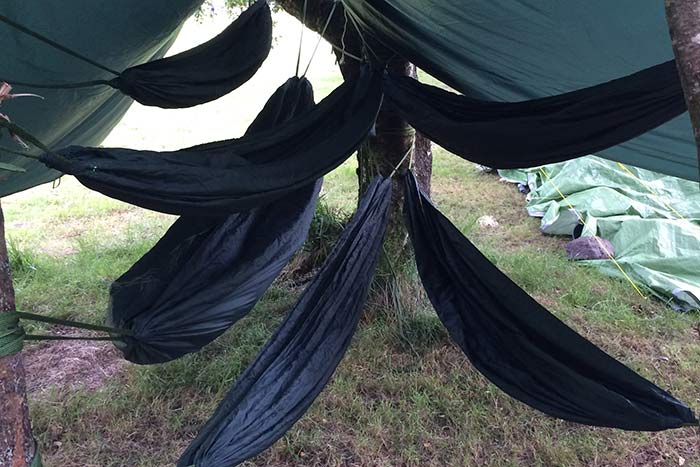 Seeing how successful hammock camping has been for our Scout Group, some of our Cub and Beaver leaders have been inspired to try it out with the younger kids!

Tents will always be part of Scouting, but introducing new ways of doing things is important in helping us along our own path to further adventures. 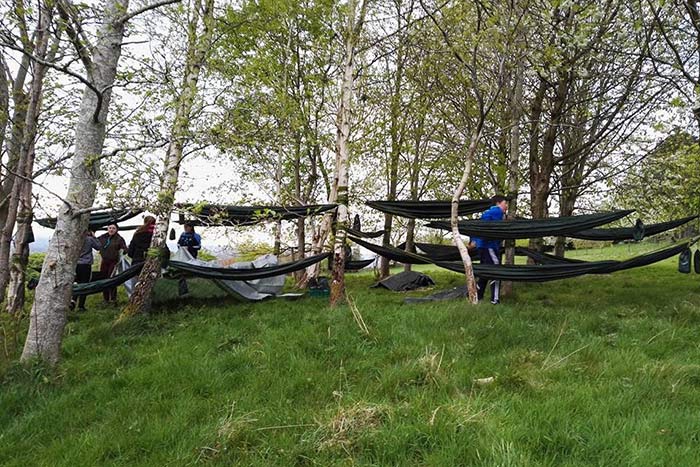 The Scouts are embracing change - and getting a good night's sleep!

For me, though, it’s simple. It’s about getting a good night’s sleep amd hammocking gives me that:

In a hammock, you are up off the cold ground.
You have fresh air flowing over you all the time so it’s never stuffy.
You’re more immersed in nature. You’re part of it rather than separated like in a tent.
It’s lightweight and simple to deploy whenever you need to.
You never have to inch your way back up the hill like a caterpillar in your sleeping bag after sliding down.
It’s fun!

Fancy joining in the hammocking fun with your Scout group? Why not take a look through the full DD Hammocks product range for some ideas, and send us a Scout enquiry form? DD Hammocks gives special bulk discount rates to Scout groups - we can quickly provide you with a quote as well as all the advice you will need to get off the ground (literally!)

Brendan is the intrepid leader of the 89th Bremore Scout group - a group of adventurous and hammock-mad young Scouts from Balbriggan, Ireland.

Scout and About with DD Hammocks!
DD Hammocks are proud to support Scout groups near and far! 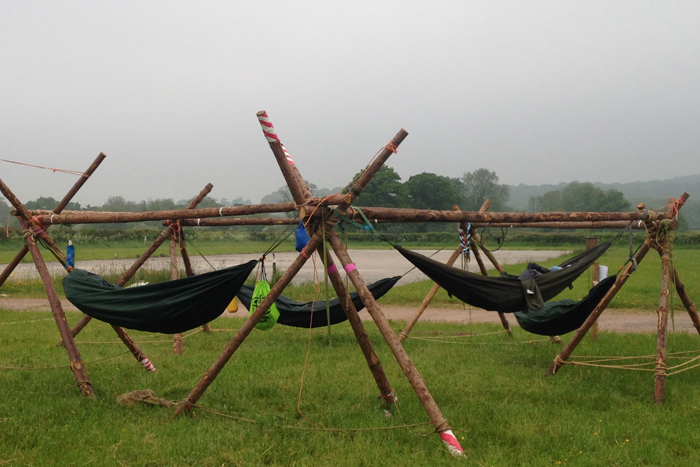 Scouting for Hammocks!
Memories and photos from the Scout groups who've enjoyed their DD Hammocks!
< Previous post
Our Favourite Photos of 2018!
Next post >
Training off the Beaten Track

Even though you're working all week, and have a busy week ahead, it does not mean you have to avoid adventuring! DD Hammocks' own Ewan shows us how, with a little forward planning, you can squeeze in a mini adventure in the space of 12 hours and get home to enjoy the rest of the weekend.
Read more