Together with his wife Anna, both ex-Police Officers with Thames Valley Police in England, Steve Tolan runs Chipembele Wildlife Education Trust in Zambia: a UK Charity and a Zambian charitable trust.

Steve's role in the trust takes him and his team to some memorable situations, and does some great things in the name of conservation & research; and also gives some excellent opportunities to local young people.

We reached out to Steve to share some photos and snippets of his adventures and activities there. Hopefully this article inspires you for future adventures, and highlights some of the amazing things the Chipembele Wildlife Education Trust gives to Zambia and beyond. 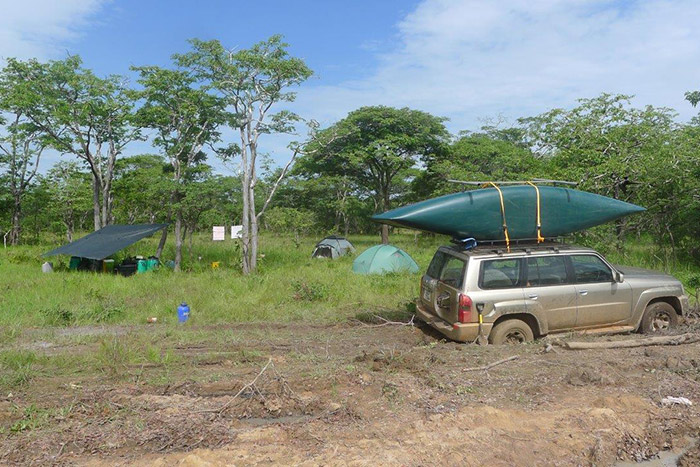 "These photos were taken whilst driving several hundred kms from my house in the Mid Luangwa Valley to finally reach Kampumbu Bridge, the first bridge over the Luangwa River. The journey took 3-4 days as we got stuck in mud for 25 hours just inside Malawi and weren't able to get the vehicle out." 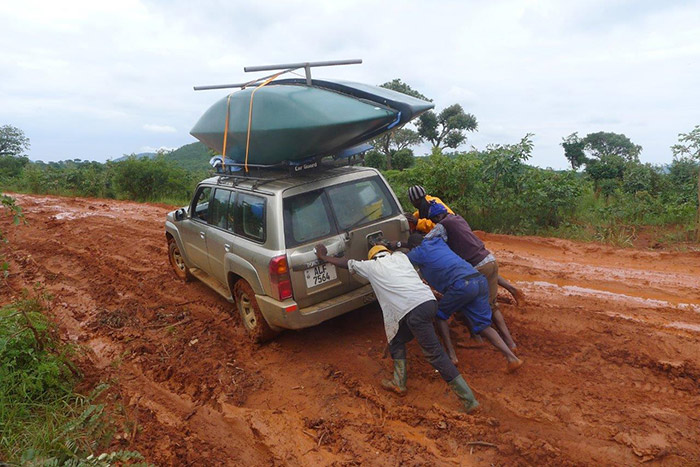 "I then paddled solo the 600kms down the Luangwa River to get back to my house, which took 10 days. The DD Tarp XL tarp was so useful on the canoe trip as it was very quick and easy to set up, and took so little room up in my waterproof barrels." 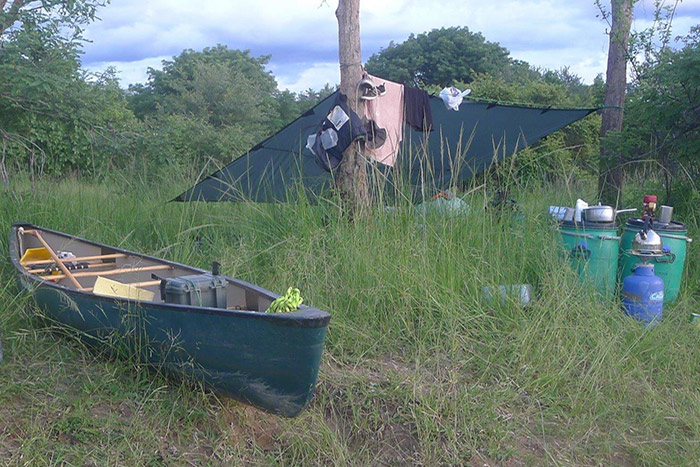 "During that canoe trip, I faced many attempted attacks from hippo, but it was a serious attack on my canoe by a huge croc that very nearly overturned me. It convinced me never to go canoeing on the Luangwa again! My canoe still bears deep toothmarks from the croc." 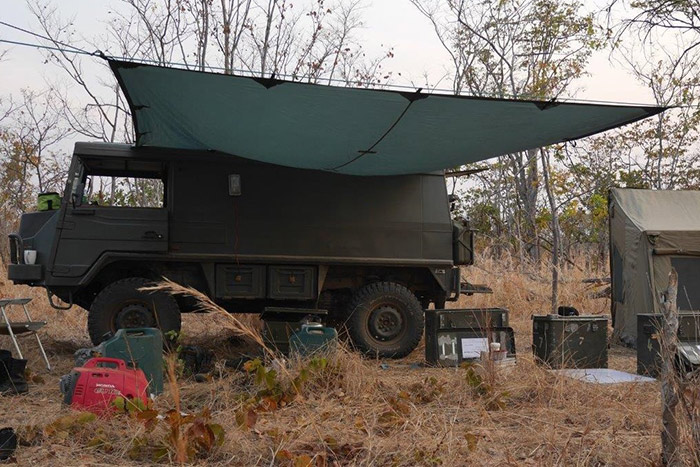 "These photos were taken in one of Zambia's national parks. I was accompanied by an armed scout to go exploring for 10 days, and we averaged 16kms walking a day, 160kms in total, identifying new fossil sites so that the full expedition team, (whose members come from the University of Washington, the Field Museum, Chicago, Cape Town Museum, the Paris Natural History Museum, Harvard University, Southern Methodist University, Idaho University, etc.) have guaranteed success when they next come.

The main team I work with are the top experts in the world (for the types of creatures we find fossils of here), and I convinced them they needed to come to Zambia, as I'd found so many fossil sites. They first came here in 2009 and were so pleased with what they found that they have been back several times since, and we have found many new species and genera of animals that have never been found before!

Before 2009, the last expeditions here were the British Museum (Natural History) in 1963 to the Upper Luangwa Valley, and Oxford University Museum to a different area of the Luangwa Valley in 1974." 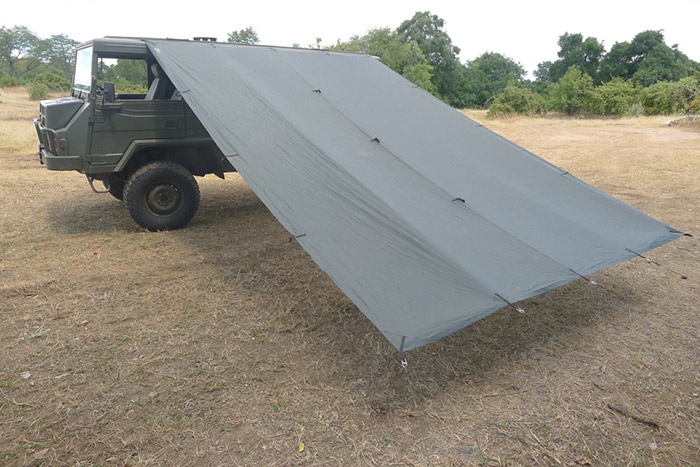 "The trip started off badly, as I could have been attacked by lions on the first night in the park. I drove my Pinzgauer to a predetermined camping spot at the side of the track. As we were worried that the amount of water we were carrying wasn't enough, we saw a small water source about 750m before the camping spot. I left the scout pitching his tent while I walked back to the water source to have a wash. As I walked back to the camp, it was starting to get dark, and as I got about 120 metres away, I looked down to see my fresh tyre tracks, and then noticed fresh lion footprints on top of them! I looked up and saw an adult female lion run off to my right, and then suddenly there was snarling coming from bushes on the LH side of the track, and a big male lion came out, running diagonally towards me, snarling as he went past, before he ran over a ridge. I expected the scout to fire a warning shot or two, as it was just 100m to camp, but when I got there he was noisily clearing a site for a fire with a shovel, and never heard a thing!

A few days later we did a really tough walk of 23kms through some very hilly country with thick bush, as I had identified possible fossil sites in a remote location using satellite imagery. We had to carry all our gear to enable us to camp at the sites, then walk 24kms back the next day. We arrived, hot and tired at the fossil area and identified some good sites. We then moved into an area of woodland and set up camp in a small clearing." 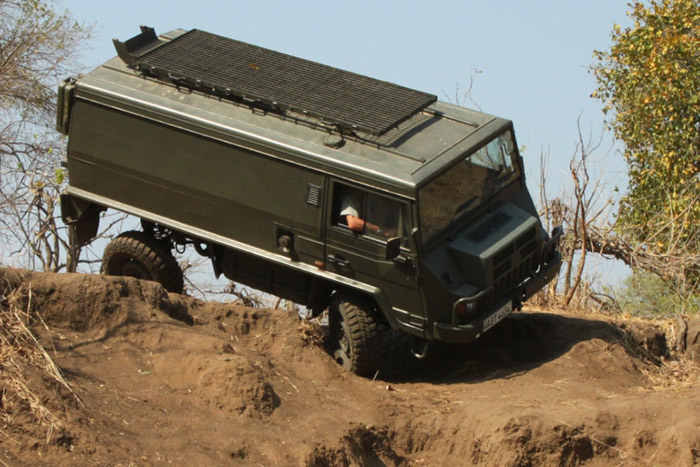 "At 02.10 I was woken up by the most frightening sound of lions roaring their heads off, and I could see the faces of the lions just beyond the fire, their faces lit up by the flames. It was as if they were angry at our presence and were 'shouting' at us to leave. I have never heard lions vocalise in such an aggressive way before. (I hear lions around my house often, but have never heard roaring like that before). I felt very vulnerable in my see-through mosquito tent, and lay very still as the lions walked towards me. I actually thought they must have killed the scout, as the roaring was so intense and the fact he hadn't fired any warning shots.

The lions came to within 10 metres of my tent, and I lay as still and quiet as I possibly could, but was worried they would attack me. I stayed awake for about 2 hours, not daring to move." 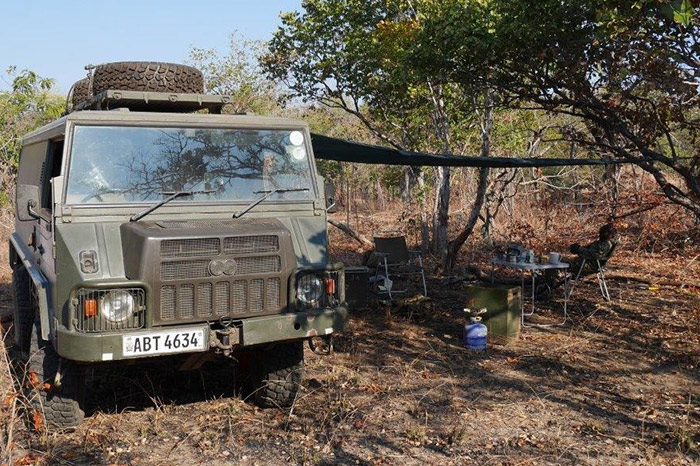 "Suddenly I woke up and it was dawn, and the Scout was very much alive....stoking the fire for breakfast! I asked him why he hadn't fired any warning shots and he said that it is totally normal for lions to react in that vocal way when he’s been on anti-poaching patrols before, so he saw nothing dangerous in their behaviour. He said he had seen 4 lions, but that there may have been more. After that incident, I made sure I camped much closer to the fire!"

"We have looked after all sorts of orphaned and/or injured animals here, including elephants, giraffe, hippo, buffalo, various types of antelope, warthogs, bushpigs, baboons, monkeys, genets, civets, hedgehogs, various birds and smaller mammals. Our first baby elephant was later transferred to an elephant orphanage in Lusaka, then to a release site in Kafue National Park, where, a couple of years ago she gave birth to her first calf after she wandered off into the bush and was mated by a wild bull." 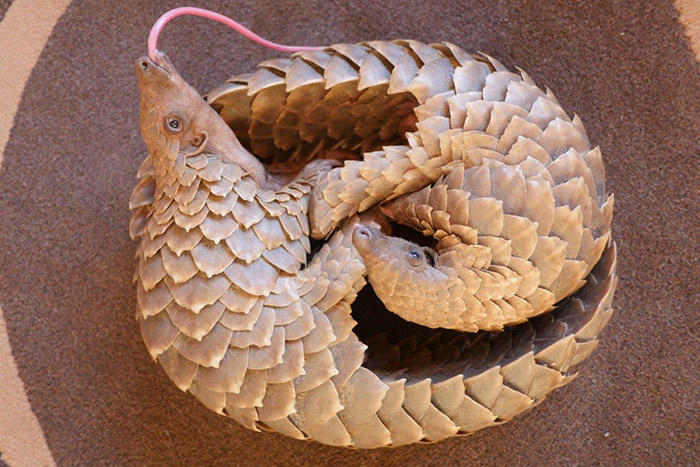 "These are 2 pangolins, seized from poachers." 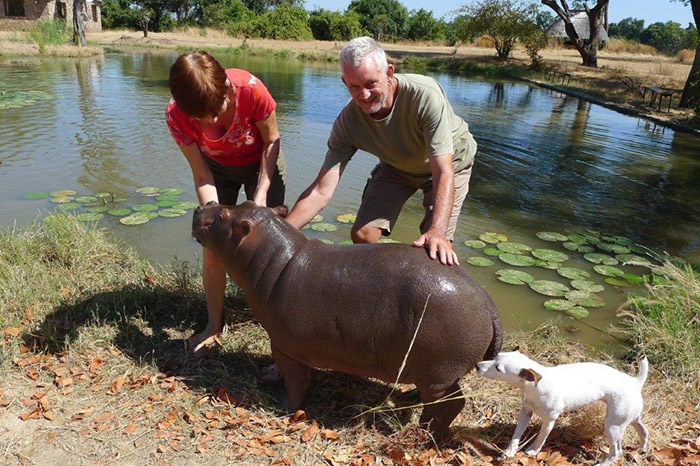 "We looked after an orphaned hippo, Douglas, for about 5 years, and Paul O'Grady flew here to film him for his TV programme 'African orphans'. Doug was moved to a non-hunting game ranch in Lusaka, and his story was also featured in National Geographic." 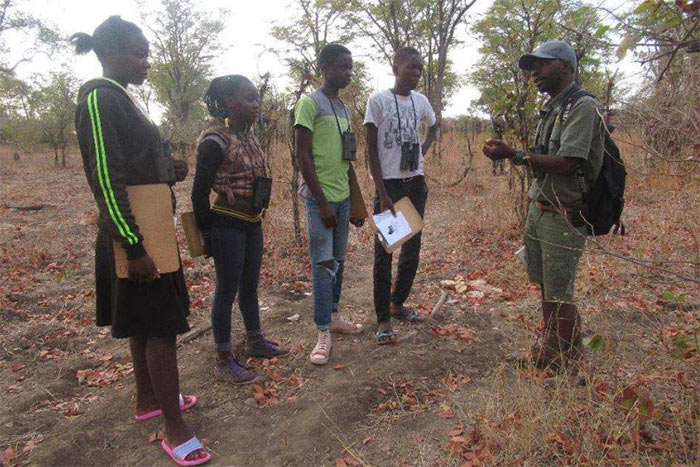 "The Nature Nights Programme is run by Chipembele Wildlife Education Trust, which provides our most active students from our Conservation Clubs a “school camp” type of experience with a conservation focus and life skill development. We camp in tents with basic facilities but with an armed scout in attendance.

We run activities such as team building, leadership, communication and conservation exercises all the while having exposure to life in the bush. The main aim of these camps is to enable students to experience camping in the bush with wild animals all around for the very first time in their lives, and experience activities which build life skills at the same time."

Many thanks to Steve for sharing these photos and stories from his work in Zambia!

If you want to read about the amazing work of the Chipembele Wildlife Education Trust, you can visit the link below:

On his adventures, Steve has made extensive use of a DD Tarp XL - click the link below to take a look at our range of DD Tarps. As you can see from the photos above, there is nowhere they can't go!

Until next time - happy adventuring! 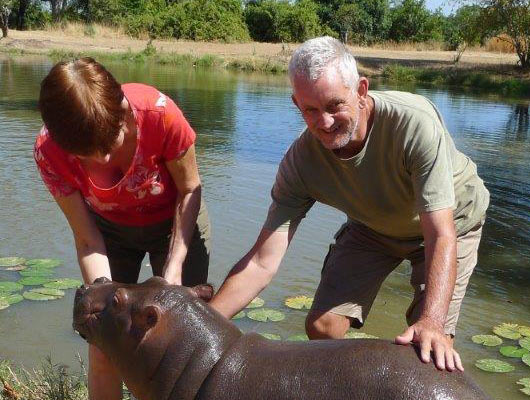 Steve and his wife Anna are the founders and directors of Chipembele Wildlife Education Trust: a charity based in Zambia that provides education opportunities for young people in the region, and works with experts to promote conservation of the natural environment.