Guest Blog: Guide to foraging on the wild side - part 1

That would be the answer if the question was, “What percentage of Recommended Daily Allowance of Vitamin A, Potassium and Vitamin C is in 2 ounces of wild plums?”

Yes, you read that right, a handful of wild plums contains more than twice the Vitamin A than recommended for an average adult by the Food and Nutrition Board of the National Academy of Sciences.

Every head under a bandana should pack these facts

Just for reference, if you were to Google “healthy food rich in Vitamin A," you’ll see foods like broccoli, kale or spinach, while the same search for Potassium will recommend, among others, avocado, bananas and spinach.

The table below shows how wild plums compare to broccoli and bananas in terms of quantity and RDA (Recommended Daily Allowance) of a few crucial vitamins and minerals (values below are for 7 oz of each food).

This is just an example of how overlooked wild bumper crops are.

While not knowing basic facts like these is probably OK for an average person leading a busy urban life, every smart bushcrafter or just an outdoorsy person who spends days and nights in the wild should have these facts under their bandanas or beanies.

This is the first text in the series of guides on wild bumper crops.

We’ll look into where they grow, how to recognize them, what’s in them, risks involved and what to avoid.

You might’ve heard about the Wild Plum under a different name, everything from Chickasaw Plum, Indian Cherry to simply Wild Red and Wild Yellow Plums.

They are one of natures most unique and most demanding fruits in terms of the kind of soil they’ll take to. They grow at altitudes between 4,000 and 7,000 feet and, at these attitudes, are very resilient to extreme temperatures and droughts.

Appearance, size and color of the fruit

They can easily be mistaken for and are often found close to Crabapple trees.

Ripe wild plum is similar in size to cherries (about 1 inch in diameter) while the color of the fruit ranges from dark purple and red to bright yellow.

One of the most distinctive features is the white dust-like “bloom” that you can rub or wash off.

It might look like dust, but the white yeast coating occurs naturally (similar to the wax you’ll find on regular plums or grapes), and it’s the way the tree protects it’s fruits from moisture loss.

The skin of the fruit is tough and has a crispy texture when broken. 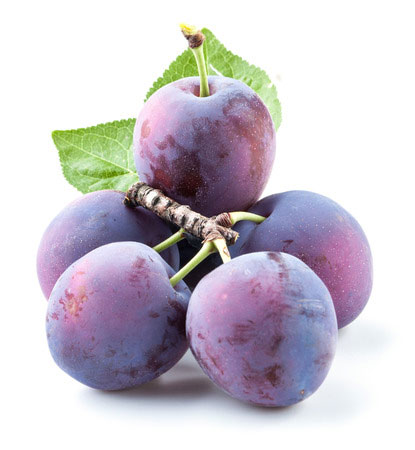 Wild plums have a distinctive tart flavor. It’s the skin of the fruit that gives it the mouth-puckering quality. As they ripen the tartness is less noticeable and the fruit becomes sweeter.

Apart from eating it fresh if you stumble upon it on the trail, they make for a delicacy jam.

Large quantities of wild plums, especially if you don’t have access to other foods, can give you what’s known as “plum bum” which is pretty self-explanatory.

We’re using a pretty loose term “Large quantity” because there isn’t a one-size-fits-all number and the only way to really know what makes large quantity for you is to test it out at home.

Leaves can be toxic

There is a span of time when the drying leaves of wild plums are toxic (especially for small animals like goats).

The fresh and dry leaves usually don’t do much harm, but it’s the chemical reaction that happens in the leaves as they dry that makes them toxic.

Fox example, if you see a broken branch with the leaves not yet fully dried, they are likely to be toxic.

We did say that wild plum is a resilient tree but only if the combination of soil alkalinity and altitude is just right. That’s what makes it rare.

So, if you do stumble upon a tree of wild plums, you decide to gather some, and you manage to get to them the before a murder of crows or an unkindness of ravens (it’s a delicacy for them, too), don’t go overboard and always give something back.

If you want to taste wild plum jam, go for a few jars for special occasions. On your way home from the gathering, throw some plums around, many of these will take and help preserve this bountiful natures treasure.

Queen of Bushes and Brambles – The Blackberry

With this truism, we go a bit closer to the mainstream pop culture and survival shows.

We’ll accept all the risk of getting into clichés since the Blackberry is too important to leave out for vanity reasons.

Wild blackberry grows in the summer, both on forest edges and open grounds all around the Northern Hemisphere. 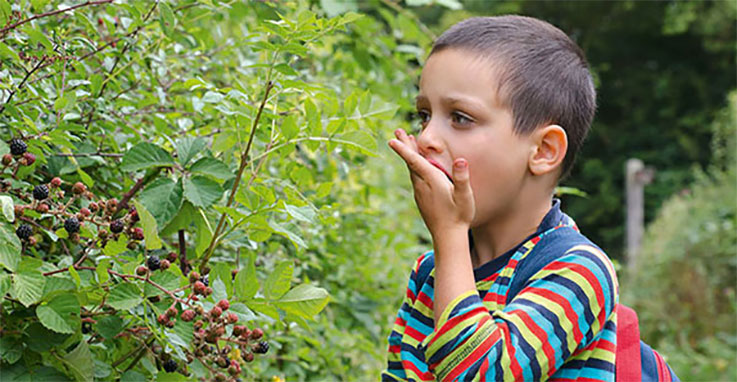 Blackberries are usually mixed up with black raspberries since the fruit is almost identical. Below are a few identifiers that will help you tell the two apart.

The most notable difference - when picked, a blackberry will come off with the inner cone still in the fruit while the cone of a harvested raspberry stays on the branch and the fruit is hollow.

The hairless pinnate leaves of a blackberry have either 3 or 5 leaflets. If you turn over the leaf, you’ll see a row of small thorns forming along the center of each leaflet.

Dense shrubs grow up to 13 feet tall. Blackberry is more of a rambler than a climber.

Long canes that seem to grow independently from the shrub are another common identifier. It’s how a wild blackberry spreads. As the canes mature, they fall to the ground; form a new root a new blackberry shrub.

Ripe blackberries can be eaten fresh or cooked and also make a delicious jam. 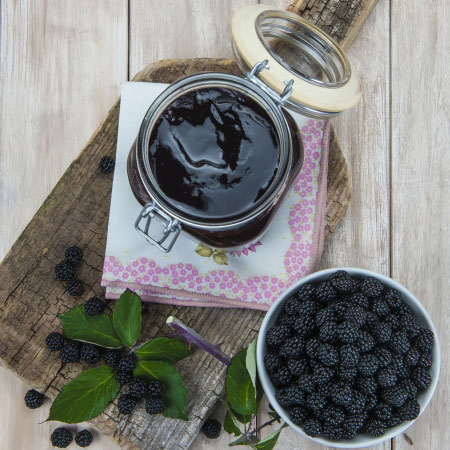 Tea made by steeping the leaves in hot water for 8-10 minutes helps with diarrhea but can also be used as mouthwash because of its astringent properties.

Blackberries are pretty safe because they have no close toxic lookalikes. In fact, the closest lookalike is the already mentioned black raspberry which is also safe to eat.

Blackberry aside, berries are a very tricky “beast” and some of them are very toxic, so if in doubt if you stumbled upon an edible, it’s always better to just move on.

Below are 10 most commonly found toxic berries with images:

Knowing your food is one of the basic preparedness and wilderness survival skills. It’s right up there with crafting a shelter to protect you from the elements and allow for a good night’s outdoor sleep or knowing how to supply clean water and start a fire.

Whether you’re looking to develop your survivalist skills or just want to make a few jars of jam for those cold winter nights by the fireplace, we hope that you’ll find this series useful.

Next chapter of the wild bumper crop series is likely to be more exciting for outdoor-enthusiasts and bushcrafters since we’ll talk about the lesser known Nature’s treasures like the superplants that are Dandelion and Cattail. 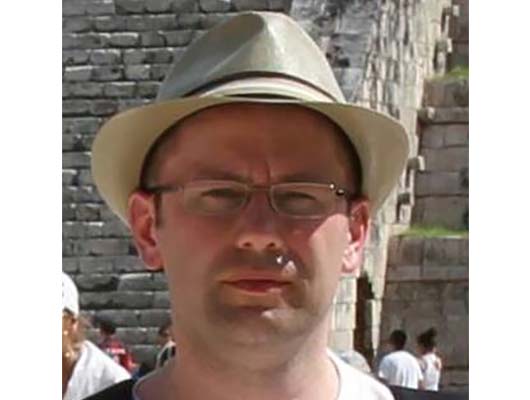 Bob Ozment is a New Yorker gone rogue. He holds the degree in Materials Science and Technology Engineering from the University of Turin, Italy and an interior design degree from the Metropolitan Institute in Syosset, but his only true passion is the Great Outdoors or as he likes to say it, “The Exterior design by Mother Nature.” When he’s not hiking the trails of the Northeastern, he writes about it. Bob is Molly’s father and Jackie’s husband.

Guest Blog: Guide to foraging on the wild side - part 2
Foraging guide on the most useful wild bumper crops in North America - The Cattail 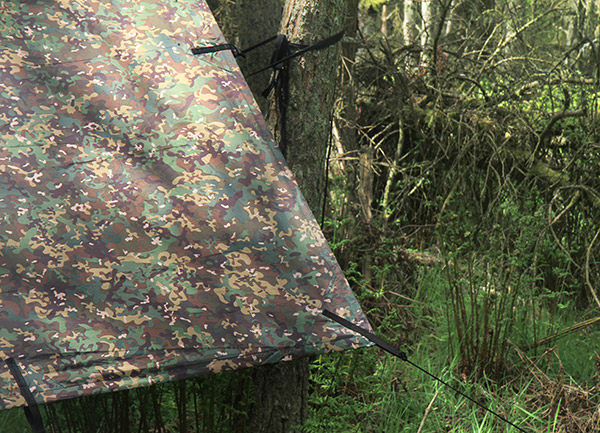 Guest Blog: 7 Reasons to Bring a Tarp
Blogger Charles Daly shares why tarps are useful even when you're tent camping 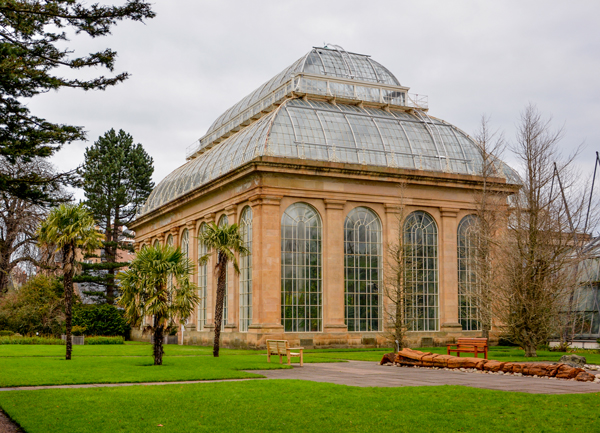 Big Tree Country: DD goes behind the scenes
Love trees? So does DD! Read about our behind-the-scenes tour with Perth & Kinross Countryside Trust.
< Previous post
Guest Blog: 7 Reasons to Bring a Tarp
Next post >
Girl in the trees: My first hammock camp

Even though you're working all week, and have a busy week ahead, it does not mean you have to avoid adventuring! DD Hammocks' own Ewan shows us how, with a little forward planning, you can squeeze in a mini adventure in the space of 12 hours and get home to enjoy the rest of the weekend.
Read more